Aphrodite Galotyri is produced under strict PDO regulations in Greece established in 1996. It was specially selected by Will because the recipe has close associations with the Sarakatsani tribe, which has a very long tradition of making cheese in Northern and Central Greece.

Galotyri ‘milk cheese’ was once a seasonal treat, produced in summer by shepherds that roamed the hillside pastures of the Epirus and Thessaly regions of ancient Greece. At that time of year, the late-lactation milk they collected from free-ranging flocks of sheep and goats was exceptionally rich in solids. After natural acidification and salting, the curds were slowly drained in a cloth and cooled in a running stream in clay pots.  The result, after several months of ripening, was a unique soft creamy curd cheese, with savoury flavours and the refreshing and nutritional properties of yoghurt.

Soft and spreadable, this pure white cheese has an unforgettable texture, a refreshing acidity and a delicious milky finish. Perfect as a simple snack or as a versatile ingredient in the kitchen, it also makes an interesting addition to rich roasted meat dishes. No surprise really, as this is how it was originally served by the shepherds who created it. Just don’t forget the spoon! 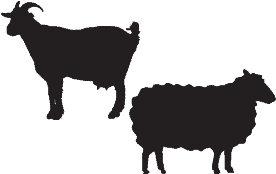